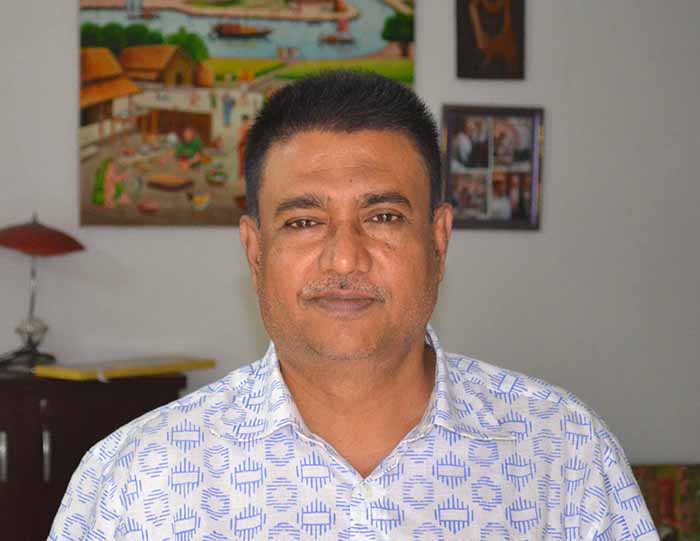 It all began when he was a little boy—a school goer started drawing on walls. Later on, He found Zainul Abedin, an iconic Bengal painter, in his text book, and was spurred immensely seeing his works and reading about him. His math notebooks became filled up with drawings. But what about coloring? As his parents were poor, he made different colors squeezing various vegetable leaves that quite worked for his paintings.

Of his going to school and of his coming thence, he came across rickshaw painter Abdul Haqim’s shop, upon the main street. ‘‘Would you teach me how to draw and paint?’’ he implored him one day. He told him to see with his guardian. He convinced his parents that he didn’t like studying and wouldn’t go to school anymore; He’d learn to paint.

It was 1974. Having taken three years work lesson from him, He wanted to be on his own to get into the profession—rickshaw painting. Initially at home, and then rented a place, to do his painting work. Since digital printing kicked off in 1996, he fell into trouble.

However, over the later years he got numerous painting orders from foreigners. Alliance de Franchise, with works of 85 (including S M Samsu) rickshaw painters, in 1999, organized an exhibition. In the same year, His painting was awarded in the Rickshaw-Painting-Competition on the occasion and on the theme ‘‘50th Anniversary of the Federal Republic of Germany’’.